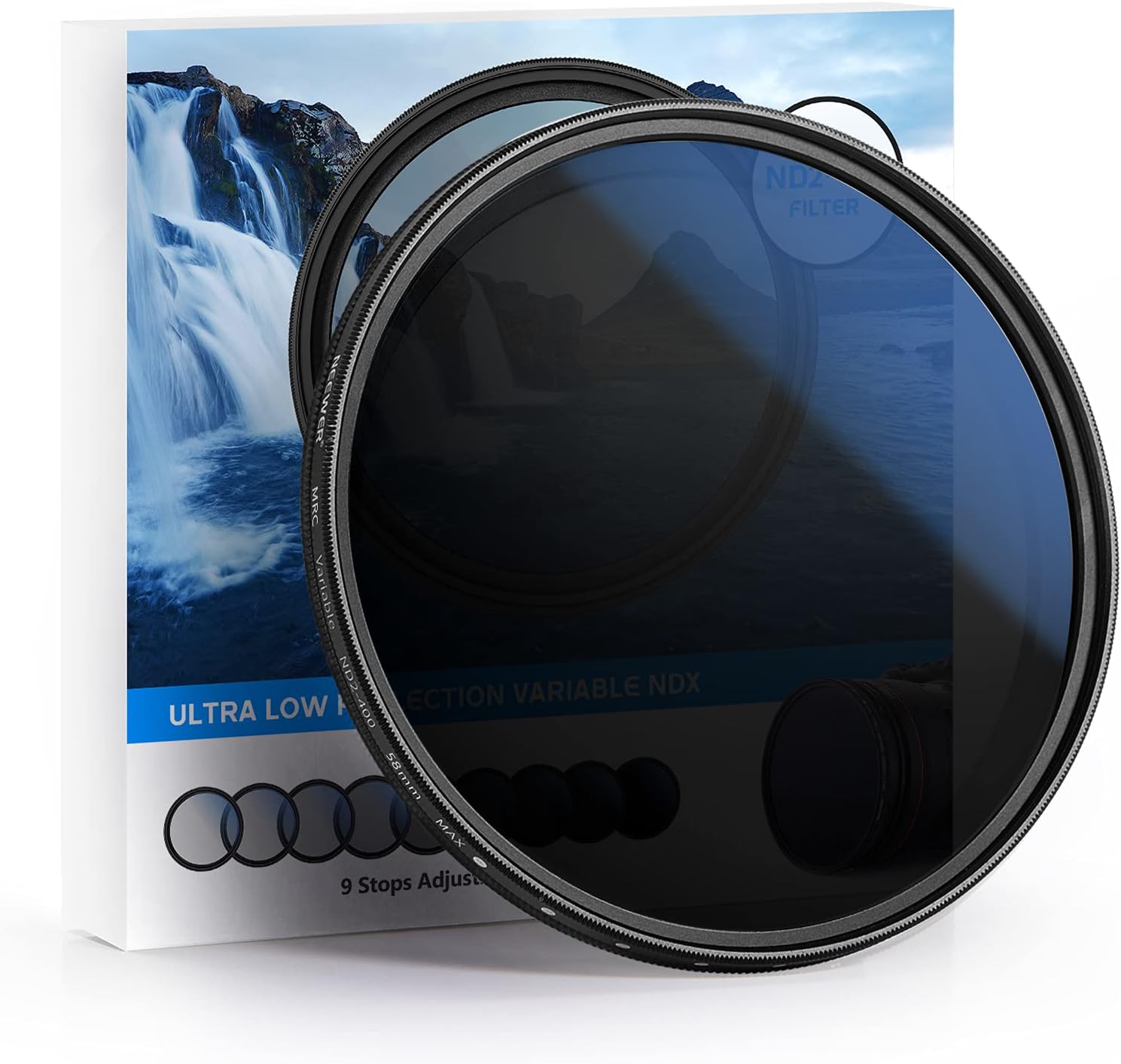 With 42-layer optical coating and a minimum light reflectance of less than 0.1%, this lens filter reduces the amount of light that transmits to the lens and blocks out ultraviolet rays ranging from 300nm to 380nm to reduce flare and ghosting while ensuring accurate color rendition. Perfect for shooting daylight photography using slow shutter speeds and wider apertures. Fits lenses with a diameter of 58mm.

Made of quality optical glass, this variable ND filter with Japanese NITTO polarizing film and 42-layer coating has 9 adjustable settings from ND2 to ND400 to help you capture clear images when using longer exposures. Ideal for photographing rivers, waterfalls, streams, the sea, and fountains.

Designed with durability, the nano-coatings on the filter glass are water-repellent, smudge-resistant, scratch-resistant, and dust-resistant.

The matte black aluminum alloy lens frame is non-reflective and strong enough to withstand everyday use. With precision manufacturing, the lens filter is easy to mount to a 58mm lens. The depth of the filter is 0.37â/9.5mmâthis slim design avoids vignetting even when you use a wide-angle or telephoto lens.

Compatible with all lenses with a Ã58mm filter size.

Make sure your cameraâs lens thread size matches the filter size before purchasing. The lens thread size is marked on the lens or on the back of the original lens cap with a âÃâ (diameter) symbol designating the size in millimeters.

It was expected that many southern Queensland regions would be too cold for fall armyworm (FAW) (Spodoptera frugiperda) to survive. However larval populations were found in the South Burnett and Lockyer Valleys, and small numbers of moths were also detected in pheromone traps on the Darling Downs this winter. Caterpillars and moths in the South Burnett In July, larvae were… DNA Motoring 3BL-COLO04-3D-LED-BK 3D LED Bar Third Tail Brake/Ca